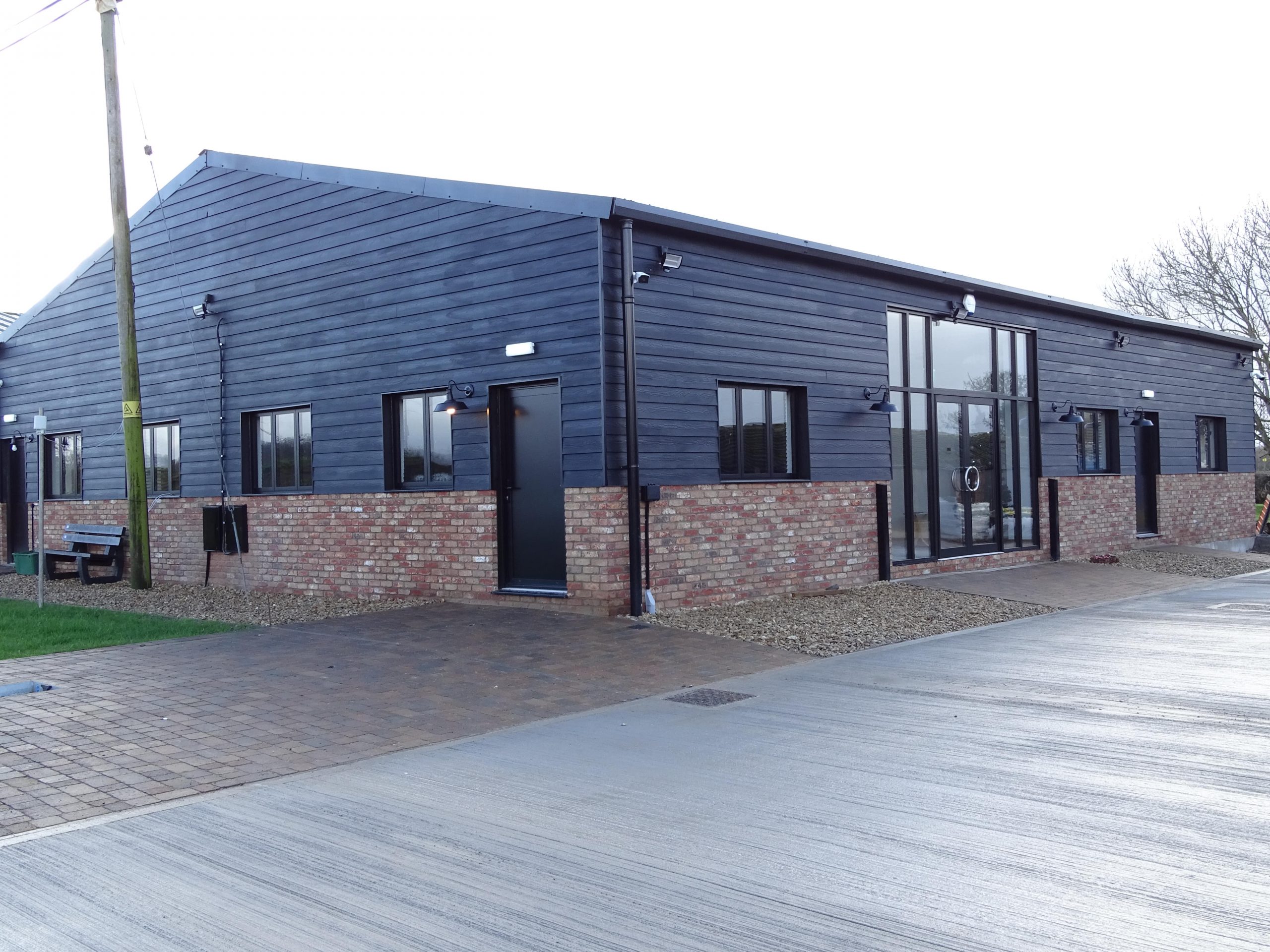 Based in the beautiful rural location of Elmore is Aqua Constructions new office; to the north of the property lies the River Severn, to the south is the Gloucester and Sharpness Canal and the east and west are surrounded by rolling hills and fields. Built upon old farmland the building was previously used as a Dutch Hay Barn; the structure of which was kept and incorporated into the building of the new office.

Jason Wasley, Managing Director, vision for the new office facilities was a contemporary take on the old farm building that had stood on the site previously. The exterior of the building was built in new reclaimed-effect bricks, with black timber-effect cladding, to complement the surrounding agricultural architecture while a large glazed main entrance added a modern twist. Meanwhile, feature brick walls have been used throughout the interior, as well as oak-framed glass walls and doors, for a stylish nod to the building’s industrial heritage.

Work on the new office building for the team started in early 2018 and finally came to completion in December 2018 just in time for the New Year!