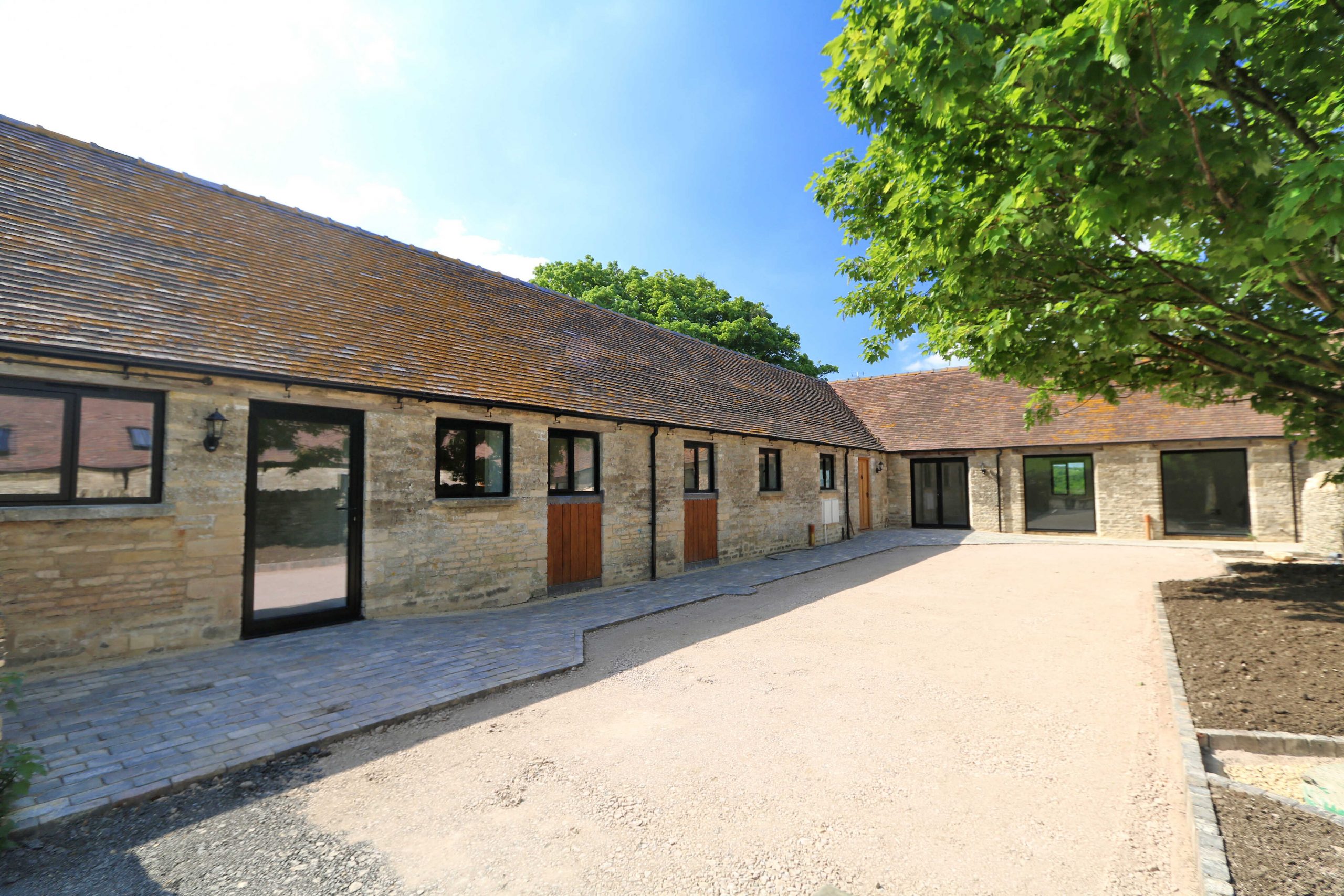 Evans Barns is a beautiful barn conversion located in the Cotswold’s for a private client. This barn was a redundant agricultural building and as it is Grade 11 listed is deemed unsuitable for agricultural use due to modern farming methods. So to preserve this historic asset, the most appropriate use for it was deemed to convert it into 2 dwellings. The barns originally were built in traditional stone of which were still in good condition, so due to the Grade 11 listing of the building, there was no need to rebuild it or make any serious structural alterations and only to convert it into livable dwellings.

The conversion of this barn into 2 bungalows took on a very open plan feel, with large kitchen/ breakfast rooms as well as an open plan living, dining area. Both properties are three-bedroom, the master including an en-suite. As well as a conversion a new access way and a driveway to the properties was formed.

The barns were named ‘Evans Barns’ after the late Mrs Evans who neighboured the development and took a keen interest in the build. Unfortunately during the build, she passed away and in her memory, the client named the conversions after her.

Work on the conversions started in summer 2016 and was completed in August 2017.