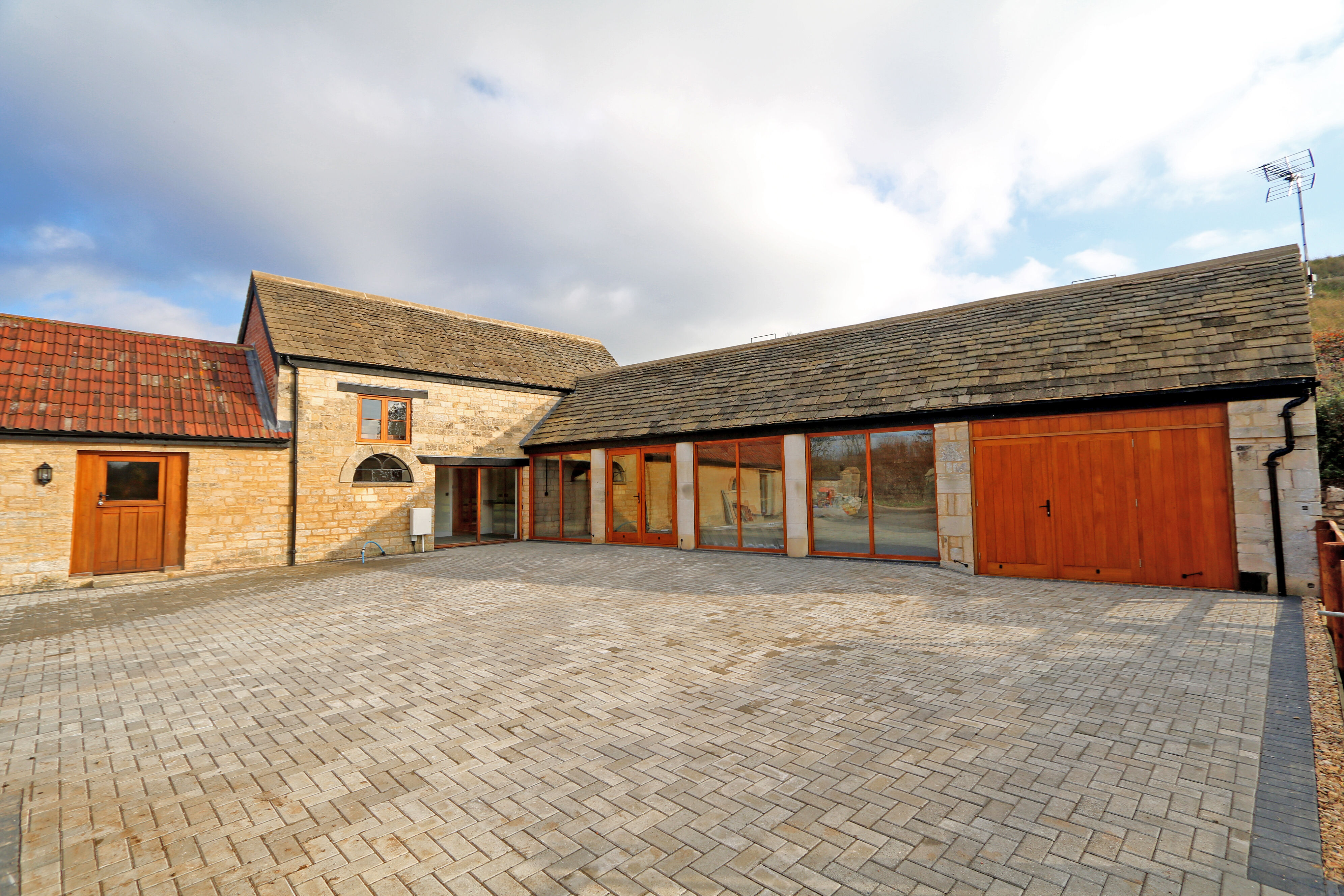 The Cart Shed is a beautiful barn conversion located in the Cotswold’s for a private client. It dates back to the 19th century where it was a cart shed for the local mill in the area. The mill was demolished in 1908 due to the decline in the cloth trade but the cart shed remained. As time went on the building acquired an agricultural use until the late 1980s where it became unkempt and the condition started to deteriorate. A resurvey of the area was carried out in 1987, which deemed the building as Grade II listed.

When the project was taken on all that stood on site was the shell of the building. Due to the listing of the building this meant we could only repair and reinstate the damaged aspects as opposed to making alterations or rebuilding. Ashlar Limestone Columns were a feature part of the building, in which the Aqua team tidied up and made a feature of in the living area. Other aspects which were important to make a feature of include Lunette Windows, stable doors and stone flagged flooring.

Work on the site commenced at the beginning of 2018 and was completed in Spring 2019.